Pray for Canada - by Cheryl Amabile 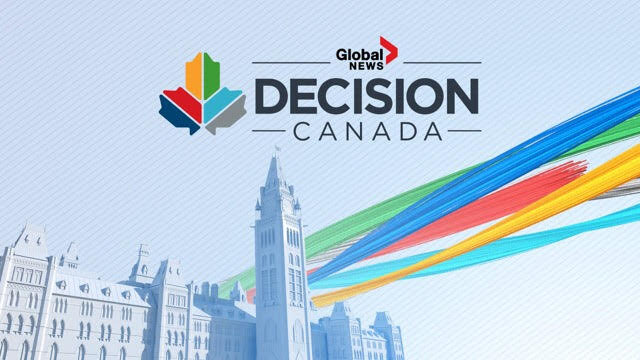 The nation of Canada has come to a moment of decision that will affect the globe. On October 21, 2019, in their upcoming federal elections, Canadians will cast their votes for the office of prime minister and other key governmental positions. Advance polls are already in progress. However, election day is not necessarily when and where the future will be determined. It is when it will be manifest.

For exaltation comes neither from the east, nor from the west nor from the south.
But God is the Judge: He puts down one, and exalts another.
Psalm 75:6,7

God alone is the judge; but we also know from His word that He judges, in a sense, with His jury. This weekend, the ekklesia of Canada is gathered together in the center of the Canadian War Museum in Ottawa, the nation’s capital. The Cry led by Faytene Grasseschi, is hosting a prayer meeting in this federal building, literally surrounded by an impressive array of cannons, tanks and fighter jets that were once used in battle. Intercessors have come from around the nation to take their place, not just in the museum hall, but in the halls of heaven where the outcome of next week’s elections will ultimately be determined. These are the big guns of today. What is accomplished in the place of prayer will go down in history. 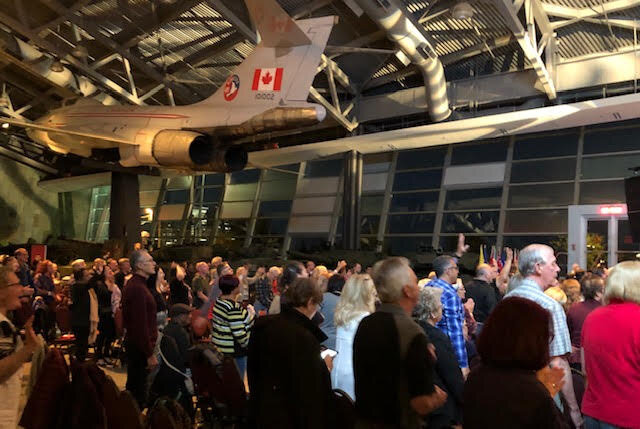 Most of you reading this Briefing are not Canadians and are not able to be with us in this weekend's meetings. Yet, you too hold a seat with Christ in the heavenly realms. Your voice matters. So much so, that we feel it’s critical for you to be informed and involved in this pre-election prayer. We urge you to take your stand amidst the corporate Body in this hour and raise a cry for Canada.

Years ago I had a dream that may bring insight to this moment. In the dream, the continental plates of North America were teetering in the balance. It was terrifying. The entire land mass of Canada, the United States and Mexico seemed to be divided in two with each half shifting dangerously in relation to the other. As I watched the surface of the earth rise and fall, I heard a haunting chorus of heavenly voices singing from Isaiah 6, “The train of his robe fills the temple!” In the dream, I knew by revelation that a fresh move of the glory of the Lord was about to enter these regions. It was not a possibility, it was a surety. I was shown that God's glory would be manifest - whether by wrath or by mercy. The question, therefore, was not if, but rather how the awesome glory of God was about to be realized in these nations. Then in the dream I was given a responsibility that I believe is meant to be shared by all of His saints. I was being called into a “Continental Congress” of sorts. It was a governing body, a chorus of earthly voices, and the sobering thing was that WE were the deciding factor between wrath and mercy!

[Note: In American history, the Continental Congress was a body of representatives from the original thirteen colonies that governed these territories throughout the throws of the Revolutionary War and the formation of the new republic. The implications of the dream seemed to emphasize both a national duty, but also a greater one - extending beyond our national boundaries to address the entire continent. This seems fitting for God’s ekklesia, citizens of His kingdom, who have a shared interest and responsibility in His affairs as they pertain to all peoples and regions around the globe.]

A few years later, I had another dream that tied into this one. (Also referenced in #054 -TheCRY for Canada) In the dream I was with Dutch Sheets on what we knew to be Canada’s election day. We spoke of having “tapped into a root of mercy!” The power in this root was like the very power that raised Jesus from the dead. I knew it could overturn seats of authority and shift the course of history. Just as the words "ROOT of mercy” were spoken in the dream, I simultaneously heard the words “CRY of mercy.” “I’ve tapped into a CRY of Mercy!” It was a “taproot” that released a “cry” of its own.

In processing this dream, I believe the root is referencing the very cross of Christ and his shed blood that entered the ground and “speaks a better word than the blood of Abel” (Heb 12:24). In Genesis 4:10 the Lord refers to the voice of Abel's blood that “cries out from the ground.” Lifeblood that has been taken by force cries out for justice. But Jesus’ blood that was poured out at His own free will cries “MERCY!"

In 2016, I believe we experienced the ekklesia of God tapping into His blood and its “cry of mercy" on behalf of America. Many believe, as I do, that God’s mercy was manifest in our presidential elections.

Chris Berglund had a profound dream at the time that helped us steward the moment leading up to the elections. In Chris’ dream, he saw a depiction of the very mercy seat that is described in Exodus 25. Chris saw Jesus seated on this “seat” and, remarkably, he saw that we were seated in Him. Chris said that visually the dream actually went back and forth between Jesus being seated in us and us in Him. It was clear that there, above the mercy seat, we had not only met with God and received mercy, but we had become one with Him. Also in this experience, Chris understood that just as Christ had become intercession for us, we were to be so for others. There, with/in Him, we were to release and decree His mercy to those in need of mercy. Thus we prayed for our nation, for our people, and for the Cyrus that God showed us He desired to put in office.

Let us do so now for Canada. This week, as we approach Canada’s election day, let us tap into the very blood that was shed for the world and administrate its cry of mercy for Canada, for North America, and ultimately for the nations of the earth.

The earth will be filled with the knowledge of
the glory of the Lord as the waters cover the sea.
Habakkuk 2:14