I originally wrote this article for Pray! back in 2000.  I think it is still foundational for any biblical perspective on prayer.  Hope you find it helpful.

The Mystery of Answered Prayer

(Five Principles from the Apostle John)

Jessica was 18 years old when she died.  My wife and I had anxiously waited with her parents for five and a…

Distractions Don't Need To Distract Us In Prayer

We've all had it happen, haven't we?  We're trying to pray, perhaps alone or in a group, and soon our mind is wandering. We're thinking about the next meeting, our kids at home, a funny story, our struggle with our spouse or coworker, a song we heard on the radio and a thousand other things.

Of course, we feel guilty again for not focusing on the Lord and the things that break His heart as the saying goes. We determine…

Actions That Won't Get More Results In Prayer

I am confident that when most of us ask God for something we're very serious about it. We SO want that person to be healed, a friend's marriage to be restored or someone in our church to receive comfort. We passionately desire our children to be godly, our relationships to…

Are We Praying For The Symptoms or the Source?

It's interesting and encouraging that many of our churches are waking up to the fact that even Christ followers in our ranks are still sinning big time. For years studies by Barna and others have been telling us that church people aren't at least statistically that different morally from those not…

Should We Be Any Different After Tomorrow's Elections?

Most of us are eagerly awaiting the results of tomorrow's national elections, especially for President. We have no doubt prayed for change, that truth would prevail and that God's hand would be on our country. Hopefully we have also voted or will cast our vote before the polls close.

But what if our candidate loses?  What if we don't see the results we had hoped for? Will we be any different?  I hope not. Yes, we may face circumstances we'd rather not encounter or we could see…

Ten Things To Pray For As The Election Nears 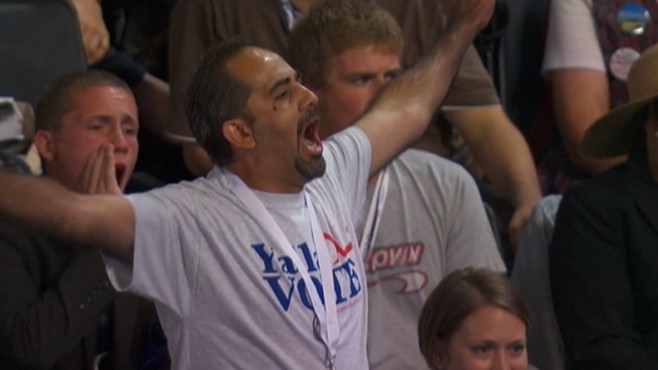 Did you hear the response yesterday when the Democratic moderator at their convention asked for a vote as to whether they would reinstate God into the party platform? A significant part of the crowd voted with a rousing "YES!"  However, a group that sounded just as large boomed a resounding "NO."  As the cameras moved in on those voting negatively we saw people standing…

More In Love With The Kingdom or the King?

I've traveled to Russia fourteen times and will add a fifteenth in October. It's been a privilege to teach, train and inspire pastors and other leaders there over the years. They've also taught me much and my last trip almost a year ago was no exception.

After the worship conference we helped lead finished, I and some of my team went out to a town called Istra where I've known the people and staff in a church there for over fifteen years. We helped them finance a building and have…

Most of us have now heard (perhaps too many times) the old joke about the guy on the roof of his house as the flood waters rise. A motor boat comes to save him but he refuses stating that he has prayed and knows that God will rescue him. Then a helicopter comes and hovers overhead and he responds the same way.

Soon of course he dies and meets the Lord in Heaven. He is clearly perturbed and questions God about why He didn't save him after his passionate prayers. And God says, "What do…

The Question Non-Christians Rarely Say 'No" To

I would guess that most of us have had some pretty negative responses from people when they find out we are a Christian or address spiritual things in any way. Comments like, "Don't try shove your religion down my throat," or "You're just one of those intolerant radicals," can be commonplace. People just walking away or changing the subject can be the norm much of the…

I don't remember if anyone in particular invented it, but I do recall when something labeled Conversational Prayer became popular. It was the idea that in group prayer people would engage God in an ongoing conversation together about one topic for a time and then move to another after that topic was "covered." It was a welcome change from the boredom and distraction often experienced waiting for others to stop praying so you could join in.  It's something…

Nehemiah: A Model For Prayer AND Action

As most of us know Nehemiah was called by God to rebuild the wall around Jerusalem following the Babylonian captivity. Unfortunately, not everyone liked the idea, particularly several key leaders. In chapter 4, verse 1, we read, When Sanballat heard that we were building the wall, he became angry and was greatly incensed. He ridiculed the Jews . . .

Tobiah also joined the verbal scourging and added, What are they building - if even a fox climbed up on it, he would break… I was privileged to have dinner here in Austin a few weeks ago with prayer leader and teacher Dan Henderson and another friend. I told him that there is a quote I've used many times which I had thought he had said and he confirmed it again for me. "If you want to have a crowd, don't call a prayer meeting."

And while there are exceptions, settings for group prayer don't…