The Plagues and Pestilence

When the church fails to be the church, it lays a wake of devastating consequence within society. It doesn’t take the most spiritually discerning individual to see that society is rapidly becoming hardened toward Christianity. I dare say that in the United States, a nation that was founded upon Judeo/Christian principles and has been known since its founding as a Christian…

The Destruction of the Devourer

This is the third entry in a series of blog posts calling for extraordinary prayer for the power of God to sweep the earth. This week I want am writing about a major concern in developed and rapidly developing countries around the world. Our lives become so full of activities that we have no time to devote to prayer. You will not be able to enter into extraordinary prayer without making time to pray.…

Five Benefits to Grandparenting with a Purpose

Are you looking for purpose in your grandparenting local or long distance? I was looking for a way I could impact the lives of my grandchildren. After doing some research God gave me a passion to intentionally pray for my grandchildren and share His love with them.

Now I want to share with you five benefits I found in the book I authored titled, Grandparenting with a Purpose: Effective Ways to Pray for your Grandchildren.

The warning from Jesus to the church of Ephesus was simple: Repent or I will remove the golden lampstand from your midst. In Revelation 1, we find the beloved disciple, John, banished to the Island of Patmos as punishment for proclaiming the Word of God and the testimony of Jesus. We find him in the Spirit worshiping the Lord on the Lord’s Day when Jesus appeared to Him with a voice as the…

How in the world can we relax?

“To be ‘on edge,’ you are literally not centered — not being in your spiritual center.”  (Carrie Latet)

When life gets confusing, Christ is our personal Tour Guide.  If we trust and obey the Lord, He will accompany us on our wilderness journey to the promised land. Christ is our Comforter, Coach, Guide, Defense Counsel, and Teacher. He is right beside us—praying, cheering, advising, forgiving, and instructing. If we yearn for Christ to be more real to us,…

Prayer is the constant desire to be in God's presence. We are learning His will, seeking to follow His will and inviting Him to be part of all we are doing.

Don't worry about anything; instead, pray about everything. Tell God what you need, and thank him for all he has done. Then you will experience God's peace, which exceeds anything we can understand. His peace will guard your hearts and minds as you live in Christ Jesus." Philippians 4:4-7

"Always be full of joy in the…

The Time for Repentance is Now!

In the second chapter of Revelation, Jesus praised the church of Ephesus for their perseverance in the midst of persecution, for staying true to the Word of God and opposing false teachers, and for standing strong in the name of Jesus. On the outside, the church of Ephesus looked like the perfect church. However, Jesus knew they had a deadly deficiency in their midst.

“If I shut up the heavens so that there is no rain, or if I command the locust to devour the land, or if I send pestilence among My people”

Immediately after God told Solomon “I have heard your prayer, He gave Solomon warning signs to look for: If I shut up the heavens so that there is no rain, or if I command the locust to devour the…

Seventy years ago today, 33-year-old Associated Press photographer Joe Rosenthal, having being rejected from serving in the Army due to poor eyesight, took a photograph that would become widely recognized and reproduced. The image records U.S. Marines and a Navy corpsman raising an American flag atop Mount Suribachi, Iwo Jima, site of the only Marine battle where the American casualties, 26,000, exceeded the Japanese. Not surprisingly, today’s USA Today headline describes this war…

Turn From Their Wicked Ways

Solomon prayed in II Chronicles 6:22, 23, “If a man sins against his neighbor and is made to take an oath, and he comes and takes an oath before Your altar in this house, then hear from heaven and act and judge Your servants, punishing the wicked by bringing his way on his own head.” In other words, Solomon was asking God that if a wicked, unrepentant soul comes…

From Survival to Revival! 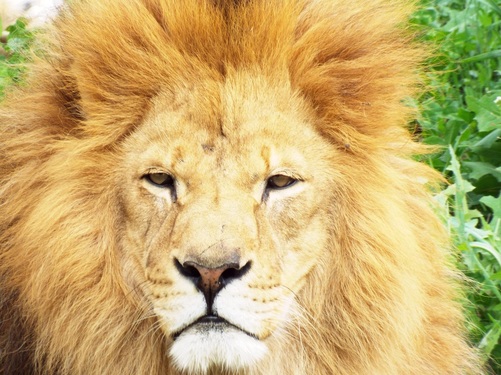 What makes one person thrive while another barely survives? Why do some people seem to live almost effortlessly, while others go through life hanging on by their fingernails? Even Christians are not exempt. We cling to the Gospel's…
Continue

In Solomon’s prayer he asked God in verses 34 and 35, “When Your people go out to battle against their enemies, by whatever way You shall send them, and they pray to You toward this city which You have chosen and the house which I have built for Your name, then hear from heaven their prayer and their supplication, and maintain their cause.” Solomon was asking God to answer their prayers when…

Last week I began a series of blog posts calling for extraordinary prayer that in the power of God might sweep the earth. Such extraordinary prayer will need to come from several fronts. One of the most important focuses of our prayer needs to be Bible colleges and seminaries. If we look back through history at times…

Prayer is an act of worship as well as an act of humility. The Bible reminds us in I Peter 5:6, “therefore humble yourselves under the mighty hand of God, that He may exalt you at the proper time, casting all your anxiety on Him, because He cares for you.” Prayer is also an act of faith. As we recognize that we are insufficient on our own, we also come to the realization that through faith there is One who is…

Upon this day of dedication, King Solomon stood in the midst of his subjects, the very people over whom he had full authority and a people that had great respect and reverence for their mighty king. No other nation could rival the power and influence of Israel under Solomon’s leadership. Through Solomon, the wealth of Israel increased beyond anything it would ever see again. The…

Learn how Grandparents can make a Difference in our World

Recently a friend, Cathy Jacobs asked me to share with her and her friends in Charleston, South Carolina how they could start  Grandparents@Prayer intercessory groups. It was encouraging to observe their interest for the urgency to be prayer warriors for their grandchildren.

As grandparents, we can make a significant difference in the world by uniting in prayer to pray regularly and deliberately for our grandchildren and their parents. We have an opportunity to powerfully touch the…

My People Who are Called by My Name

King Solomon stood on a bronze stage in the midst of his people to dedicate the newly constructed Temple to God. The Temple was a demonstration to the nation of Israel and to the world that the one true God of glory had chosen them as a people and that his hand of anointing and blessing and provisions would be upon them. God was showing the world that they were His people and…

God calls us to pray for the government leaders around us. Please pray for the kings, princes, sheiks, emirs and presidents of the AP that God will give them wisdom and guidance. Pray that each of them will have the chance to hear the Gospel.

Pray that with all the extremists in the region that many people will get disillusioned with their religion and that they will search for the Prince of Peace.

Corinth – An Introduction to the City and Culture

he Corinthian church was in a critically important location. At the time of Paul's missionary journeys, Corinth was the leading city of Achaia. Achaia was the Roman province which covered the southern part of the modern nation of Greece. Athens was still the educational centre of Achaia, but Corinth…