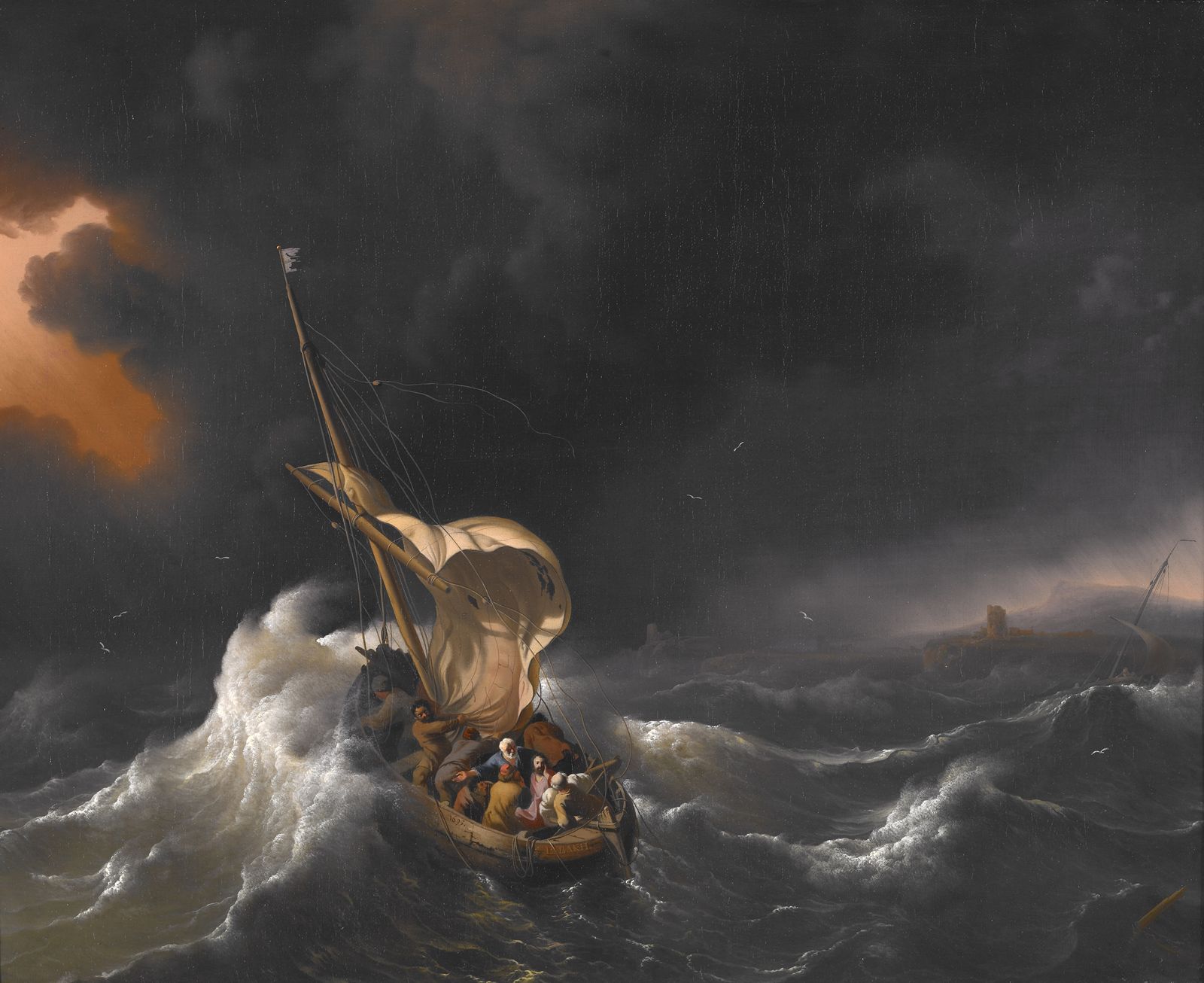 After feeding the multitude Jesus left us with the people while he went up the mountain to pray. At the end of the day we went down to the water. I steadied the boat while everyone got in. Releasing the line that was fixed loosely to a tree along the shore, I came aboard. At Simon's command, we set a course for Capernaum. Darkness fell, and a strong wind blew up. We took down the sails lest we capsize in the storm. We had to row against the waves. By the fourth watch we were less than halfway across the sea. A flash of lightning revealed a fearful specter. Someone was walking on the water and coming near us. We stopped all effort to row, frozen in terror.

Then Jesus spoke over the roar of the wind. “I AM! Do not be afraid.” We all thought immediately of the words spoken to Moses from the burning bush. We would not have thought much about this had he said those words in a synagogue in town or even that day on the mountain. But the force of it was overwhelming seeing him walk on the storm tossed sea as if it were solid rock. We were now eager to bring him into our boat. He had hardly stepped onto the deck when the boat was no longer in the middle of the sea but at the docks near Capernaum. In the next few months he explained more than we ever dreamed about the meaning of the words “I AM.” He would soon say, “I am the bread of life,” “I am the way, the truth, and the life,” and other explanations of his divine identity and complete sufficiency for life and eternity.

This story was taken from the account found in John 6;16-21

Lord God, thank You for who You are, THE GREAT I AM.

We are so grateful to know Your Name.

We are so grateful that we may know You.

We are so grateful that You know us.

We are so grateful for Your power.

We are so grateful for Your Presence.

We are so grateful that You come to us when we are in scary and difficult situations.

We are so grateful for Your wonders, in nature and in our lives.

We are so grateful that You calm our fears.

We are so grateful for Your peace.

Thank You in the Name of Jesus Christ, amen.

"I AM" ...always unchangingly present in the present.