I'm certain that Satan would do anything to blind us to the real issues behind senseless tragedies like this.  But this is not a gun-control issue, and it's not an issue of… IPC Connections for December is available!

Please email office@ipc.org for a copy or to be added to the e-mail list for monthly issues.

Emmanuel (God-with-us), why? Is it Your will that children die?
That fear surprise our trusting hearts
and keep our faith at bay?

Of course we know that's not Your plan.
But ever since the world began
it seems that evil stalks its prey
and steals our peace and joy.

CHRISTMAS IN THE FREE WEST

When I realized December 12, 2012 was coming this month, I got really excited. Wow…12.12.12…so full of biblical significance. And it won’t happen again for another 100 years.

In a nutshell, the number 12 in the Bible always represents ORDER and INCREASE. Order is shown by God’s instructions to arrange the Israelites according to 12 tribes and Jesus’ selection of 12 original apostles. This theme extends all the way to the end of the book of…

As a child, I was pretty naïve about life. I grew up in a carefree, upper middle class, suburban family, not much different from Ozzie and Harriet or Leave it to Beaver. I always assumed I would have a fairly easy life, accomplishing just about anything I wanted, and accomplishing it in my own strength.

When I became a Christian at age 18, I was pretty naïve about the life awaiting me on my journey of faith. Surely the Lord would guide me to a wonderful life, full of His…

What Happens When the Church Stops Praying?

Mark Batterson: What Happens When the Church Stops Praying?

By Mark Batterson
"I feel like prayer is the difference between the best you can do and the best God can do."…
Continue To Quit or not to Quit that is the Question?

Today I had a question burst into my brain when I was reading about Elijah on Mt. Carmel after the Lord had defeated the prophets of Baal.

He had just declared to Ahab (the king) that he should go down to his camp at the base of the mountain and to have something to eat and drink because he, Elijah could hear the sound of a heavy storm coming.

THE TERROR OF JIHAD IN NIGERIA

NIGERIA: THE TERROR OF JIHAD

As was reported in RLPB 187 (28 Nov), up to 20 Christians were killed and dozens wounded on Sunday 25 November in a twin suicide bombing at St Andrew's Protestant Church inside the Jaji military barracks in Kaduna. Investigations indicate that the bombers may have been residents of the barracks and might have built the bomb on site, which would… toward Jesus Christ is prevalent today. We are living in a complicated world. An aggressive attack is being launched by using media, technology, education, social influences, and political pressures to desensitize…

A Case for National Restoration

Any thinking believer who is an observer of culture will have to admit that the nation is going in the wrong direction.  In 1 Kings 18:36, 37 we find one of the greatest prayers in the history of faith.  It is here that Elijah is taking on the 450 prophets of Baal and the 400 prophets of Asherah.  They had been shouting and praying and cutting themselves for almost an entire day.  Likely they were exhausted.  When it came near the time for Evening Sacrifice Elijah…

In January of 2010 many of the greatest prayer leaders of our time gathered for the National Prayer Committee meetings.  These meeting were hosted by the Prayer Ministry at Central in Mesa, AZ.

In an effort not to let this moment pass without capitalizing on it we asked 25 of those leaders to share 15 minutes of their best stuff on prayer.  The results are these podcasts. …

Seek God for the City 2013 helps open the way to pray God’s desires and purposes for our cities with fresh, clear, confident… I don’t like blogs. I write content for half a dozen blogs on a regular basis, but I have to confess I only tolerate these 21st century publishing platforms. The source of my displeasure is that an ideal blog post, so I’m told, is 400 to 600 words, just enough space to make an unsubstantiated claim, or spout some cultural cliché. Like seeing and smelling the golden… 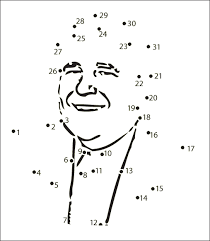 Being old has its benefits. And I don’t just mean the senior coffees at McDonalds.

I’m old enough to know that “what goes around comes around,” and King Solomon had it right when he observed that “there is nothing new under the sun” (Ecclesiastes 1:9). History really does have a habit of repeating itself, particularly if we…