I want to talk with you about spiritual warfare. Before we proceed, however, I have two concerns. The first is our need for wisdom. There is an old European proverb worth heeding. It reads: “Age and treachery will always defeat youth and zeal.” Before we engage in spiritual warfare, we should know this about Satan: he is an ancient and extremely treacherous foe. On the other hand, the strength of most Christians lies primarily in idealism and untested fervor. It is not long, usually five to…

HAPPY VALENTINES DAY!  We’ve sent this out a day early this month just to tell you we love you and hope that you have a wonderful day today! We want to pray this month for God’s love to touch all of the people mentioned below, especially the…
Continue

A prayer, as we pray through Seek God for the City

As we pray through Seek God for the City - -

Lord, remind us that prayer is more than a spiritual discipline and certainly not a "last resort;" it is an essential component of our relationship with you, our savior and our God. A privilege and a joy but also a critical…

"Prayer is the single most important activity in the Christian life" 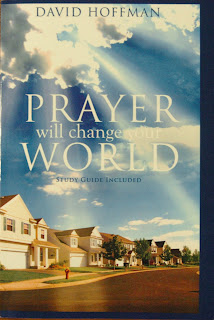 The Prayer of Jehoshaphat

How many parents have sat with their children after an ordeal of some sort and said something to the effect, "I hope you learned something from that"?  We don't want our children to miss the lessons, the opportunity for growth and maturity.

In the same way, our Father in heaven wants us to learn and grow from the trials He brings to our lives. That's part of the "joy" of which James speaks when he urges us to consider it all joy when we encounter trials of various kinds.

The vehicle in front of me had a bumper sticker that read, “If you love God, pray. Anyone can honk.” The humor of it was lost on me since I was having one of those dreaded days when I not only felt bad physically, but everything was going wrong. I actually felt more like honking than talking to God. Maybe you’ve never had one of those days. Maybe I’m the only one who ever has a day like that. Nevertheless, I resisted the urge to honk, mostly fearing that the driver might be someone who knew…

Do you ever have trouble praying?  Maybe you don’t know what to say.  Or what you do say sounds like you pushed the replay button. You even get bored with your prayers.  Or maybe the problem is motivation.  You have the best intentions but actually getting around to prayer is a different matter.

God has an answer. It’s called corporate prayer.  Corporate prayer is where you gather with other believers around the throne of grace to pray…
Continue

A few weeks ago, I put out a tweet that said the following…

“Covering laziness in prayer is not a spiritual discipline.”

It was retweeted several times; however, there were also a few people who said that the statement was confusing and asked for an explanation.  So here goes…

I believe that many people in the Body of Christ use prayer as an excuse for inactivity and laziness.

Yes, I am ALL ABOUT…

Turn Around
By Rick Ezell

"Repent therefore and return, that your sins may be wiped away, in order that times of refreshing may come from the presence of the Lord" (Acts 3:19 NASB).

How often have you stopped at a gas station to ask for direction only to have the attendant say,…

Our pastor preached on prayer at church yesterday. It was good for all of us in the congregation, I think,  to do a bit of a self-check on how well (and how regularly) we’re communicating with God these days.  It’s easy, isn’t it, to get stuck in a rut? Or get sidetracked all together! (Hmmm …  Should I pray, or check Facebook …?)

Many sincere christians are convinced that prayer is boring. There is only one reason

for this misconception; they haven't learned the role the Holy Spirit has in genuine prayer.

religious platitude; he was pointing them to the key to all effective prayer. A spirit filled

person is a prayer filled person. A prayer person is a spirit filled…

In the February issue of Connections (published by International Prayer Connect), you will find the following articles.

(Please e-mail IPC with your name and e-mail address to sign up for this newsletter. office@ipcprayer.org)

Added by International Prayer Connect on February 9, 2012 at 4:05am — No Comments

I've decided to follow the 40 Day plan of The Purpose Driven Life by Rick Warren.

I am really trying to come to terms with the fact that the main goal in life is not to obtain wealth, happiness and success. America brainwashes us into thinking that we must have the biggest, the best, the fastest in order to be considered successful and no matter how much money you have more will make you even happier. We…

Love to pray, but not very often?

Those of us who love to pray may not find it hard to make time or find motivation to talk with God. But how do we encourage people around us who still struggle with those issues? My recent interview with Diana Kay of “Author’s Beat” explored those issues. Take a few minutes to check it out >>> …

The Power of Prayer

The Power of Prayer

For a fine dinner with our spouse, you will go our of your way to clean the dining room, set the fine china, light the candles, and remove any distraction from this event. God appreciates our "setting the table."

What happens when we set the table? God arrives for dinner with his expectant worshipers. He moves in the hearts and lives of believers. He provides jobs, grace, hope, help, and cheer for all occasions. Our God lives. Our God reigns.

For a church to set the table…